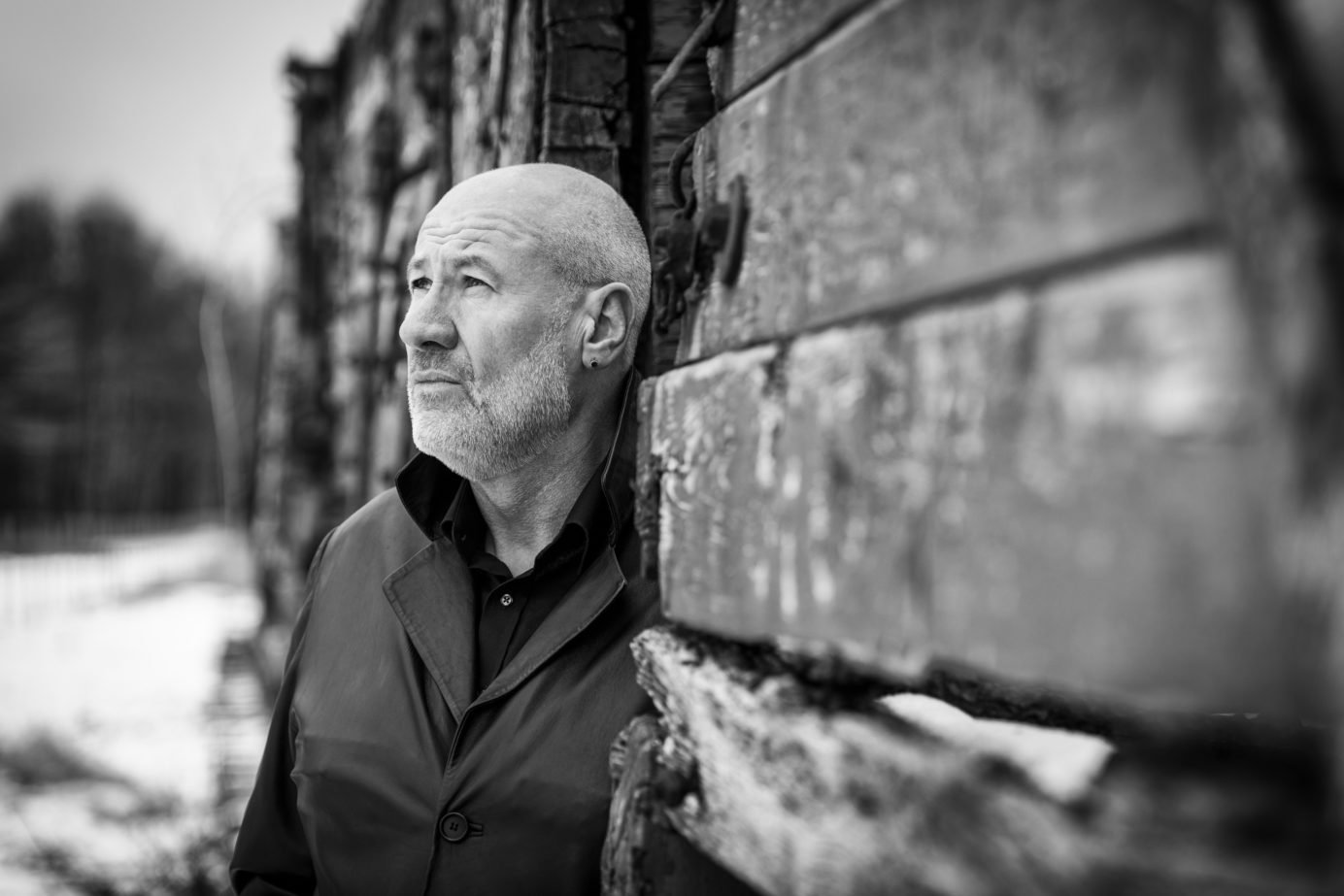 Working away in the relatively chilled Studio while the World melts outside. 35 Degrees in the Orangery and I look back on this photo taken by #KaiRJoachim at the #PrestongrangeIndustrialMuseum back in the Winter and remember the other extreme.

Foss Paterson came in to the Studio the last couple of days to help out with writing and joined Steve Vantsis and Robin Boult in the ‘song kitchen’. Living just down the road in Bonnyrigg it was easier to get him in to contribute than have my regular keys player John Beck up from Reading. John is up in August to put his mark on the recordings and there will be other musicians joining us in the sessions that begin here on 23rd July after I come back from the Bulgarian festival.

Calum Malcolm will be producing the album and Steve Vantsis has been doing a great job engineering the writing sessions a lot of which will be used on the final album and which have given us a great head start.

So far we have 4 finished songs. ‘Man with a Stick’, ‘Little Man What Now’, ‘Waverley Steps’ and a new one written this week by Foss and Robin called ‘C Song’. We still have ‘Rose of Damascus’ to finish and should have that all sorted by the time we start recording with another one at least moving into position.

Both ‘Waverley Steps’ and ‘Rose of Damascus’ are around 15 minutes long and in total we have about 50 minutes of material at the moment, all strong and all different encompassing a wide range of styles and arrangements.I’m really happy with the way ‘Weltschmerz’ is coming together after a long slow start.

I am going to have some difficult decisions to make in the next 2 months but I am sure the end results will be extremely positive as it’s a win/win situation with the route taken to the end game being the only dilemma.

I think it’s about time I shared something with you so here are the opening lyrics to ‘Waverley Steps’. These represent only about 15% of the song

The Waverley Steps ( End of the line)

At the back of the train he stares out the window,

The carriage is empty, commuting is done; it’s the end of the line.

Grasping for memories, searching for landmarks in fields once familiar he can’t recognise now the hedgerows are gone the blackbirds have flown silencing song

This wasteland belongs to a murder of crows

The hills are now leveled, the rich soil is stolen the green belt unbuckled, dirt yellow behemoths belch smoke at the sun

Stark wooden crosses mark out the boundaries; parcels of Promised Land passed on by greedy hands selling dreams almost true, a show house on view, a country domain in all but name as the country’s gone

Before the snakes took over paradise and the black dog first appeared.