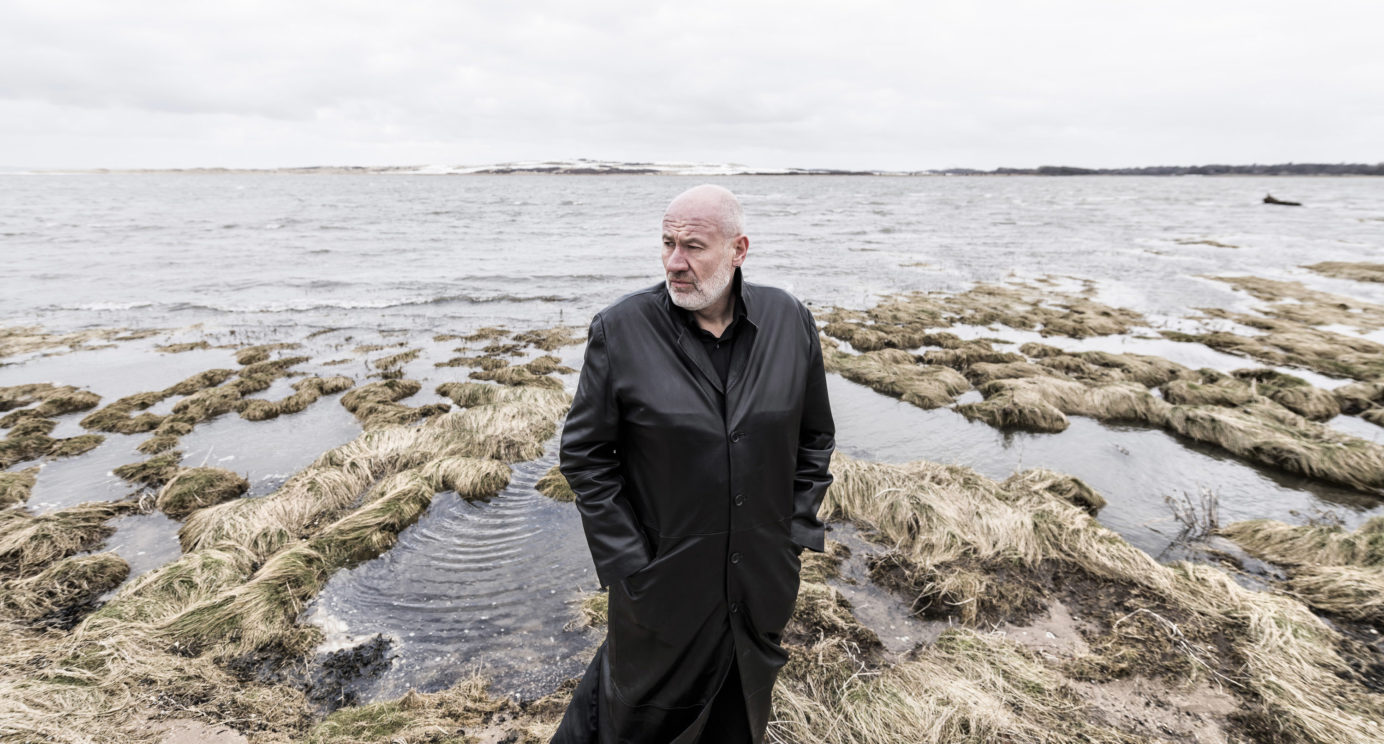 Some of you may have already picked up from the interviews conducted at Rambling Man that a cunning plan is afoot and that the  release strategy has changed.

The original intended release date was to be in September 2017 but “the best plans of mice and men aft gang aglae”. To be honest my father’s death in May 2016 affected me even more than I expected and I found myself out in the garden 6 months later wondering where all the time had gone. Combined with various health issues that hit me one after the other over the following year it felt like I was forever in recovery and my creative mind was frozen up. I was taking notes and Steve Vantsis my main co writer was sending ideas up but I couldn’t get the two together and move into songwriting. Disappointingly there was nothing playable for the December UK tour setlist last year and with a band scattered after the shows the idea of using jam sessions to write became infeasible.

A new approach was required and with the acquiral of the new Allen and Heath SQ6 digital mixing console in the early part of this year Steve transported his Mac with all it’s relevant recording software up from Birmingham. We set up the Control room here at the Studio to begin work in earnest on ‘Weltschmerz’ in February.

Steve was coming up to the Studio more regularly as I beavered away on the words. Robin Boult joined us to add his inputs and contribute another element that we needed to negotiate through the songwriting. The approach was to use the software we had available to create templates off the songs to which we would add arrangements and instrumentation rather than deploying a full band in the Studio. Steve was playing a more important role in the album as an engineer and the intention was to take what we were writing into the full recording process that Calum Malcolm would oversee in the Summer and save me some considerable time. It was still going to be tight to get it all together for the Autumn  and I was nervous I wouldn’t pull it off. 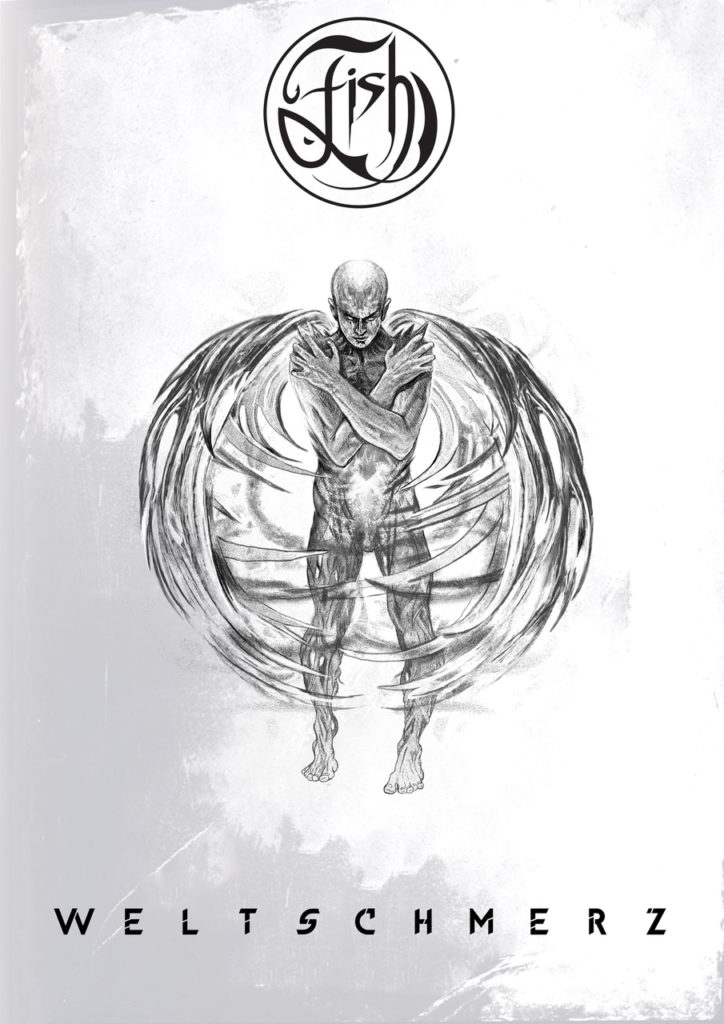 Mark Wilkinson’s image under construction for the ‘Weltschmerz’ cover artwork. This is only in formative stages just now and has a lot of detail to be added.

Mark Wilkinson had been putting together artwork ideas including a powerful and dramatic outline for a main image. My decision to include plant and flower references in every lyric may have put a rod on my back but it opened up a whole new box of references for the sleeve design. Mark and I intended this to be an important creation as I had nominated ‘Weltschmerz’ as my last studio album. It was going to be special for everyone concerned.

Around March all our plans were thrown into disarray when I got a call from Mark telling me that he had to undergo a surgical procedure which would mean that he would probably have to take at least 6 weeks off in the early Summer to recover from and that he wouldn’t be able to hit the deadlines for delivery of the special packaging formats for the September release. It was a very dark storm cloud but it took me a moment to shut my eyes, clear my head and adjust to the realities of the situation and see the silver lining. There was absolutely no way I was going into my last album without Mark who is one of my oldest friends and who had been working with me since 1982.  ‘Weltschmerz’ meant a lot to him and he had put a lot of creative energy into the project so far.  I decided to move the album release back to May 2019.

All the jigsaw pieces moved and I had to find a new picture.

Around that time I had been discussing the new digital download and streaming options for my entire solo catalogue with James Cassidy at Jaba music and we had begun accumulating all the data and material for a release in the Summer. I started to think about the new platforms with regard to ‘Weltschmerz’. Why not try a radical new approach to it’s release? I had become so used to the traditional fanfare and release of physical product throughout my career but I knew I needed to have material for people to hear before the tour. Having long periods at the shows where fans are taking in unfamiliar songs and studying rather than listening to and enjoying a performance is not a good mix and leads to awkward and stalling energies on both sides of the ‘fourth wall’. I needed to find a solution.

I’d already been toying with the idea of a double album in the previous year but as we began mining the creative seam it was becoming obvious that what I was trying to put across in the lyrics was not going to be accommodated in the standard 60 minutes or so of a single disc. By March we had 2 epic pieces in play ;’Waverley Steps’ and ‘Rose of Damascus’ as well as ‘Man with a Stick’ and ‘Little Man What Now?’ coming in at a potential 50 minutes. I had already earmarked 2 other major lyrical themes in ‘Market Garden’ and another with the working title ‘The Cutting Song both of which look like hitting the 25 minute mark between them. There were also a number of other musical sections all tagged for development with tentative lyrical ideas attached. The decision to move the release to May would give me a chance to explore other themes and it substantially took the pressure of me to record and deliver everything by end of August. I discussed this with Calum and we agreed to move into recording in July and August as we had previously planned and get as much done as possible. We would then reconvene in January, February and March to finish the rest of the recording and to make any changes we thought necessary after playing and assessing the new material on the tour. Calum was excited at the idea and thought it an ideal way to work the project. ‘Weltschmerz’ would be a double album.

I still had to find a way to introduce fans to the new material and after discussion with James and Calum I’ve decided to release 3 tracks for digital download and streaming in September with a physical release on an EP at gigs and on mail order through fishmusic.scot at the same time. I still have to decide on the songs to be included but it’s most likely that ‘Waverley Steps’, ‘Man with a stick’ and ‘Little Man what now?’ are the designated tracks together with some live recordings of material from the December 17 UK shows that we won’t be playing on the upcoming tour. The release dates are still to be worked out.

The income from the digital downloads and the EP will go straight back into the recording budget as you will understand that this is becoming a massive project with relative costs. I am not going through Pledge music or other sources of financing outside my own pocket and I’ll announce when fans can pre order closer to the finishing line next year. Hopefully the interest generated by the downloads. streaming and the EP will propel the ‘Weltschmerz’ project forward into next year.

‘Weltschmerz’ will be available on vinyl and will have a lavish full deluxe CD package as well as something affordable for fans who can’t afford the more expensive versions. I’ll do my best to keep everything sensibly priced and you can be assured the quality will be superlative. More digital downloads and streams will be released as the album develops in line with the new approach I’ve adopted.

This Autumn I will have more than enough new material to play with new tracks ‘The C Song’ (written with Robin Boult and Foss Paterson), ‘Weltschmerz’ and ‘Walking on Eggshells’ moving towards completion in the coming weeks. The setlist will be split between ‘Weltschmerz’ songs and the ‘full ‘Clutching at Straws’ album with perhaps one or 2 other solo songs in the wings. We will be furthering new songs on the road so that when we come back to the studio in January we will be well prepared.

It’s been a long time coming but I hope the wait will be more than worth it. I’ve always said I don’t just release material for the sake of it, I want to release material when it’s ready and I am satisfied it’s the best I can deliver. It’s my last album and I want it to be the finest of my solo projects so far. It has the makings of a great album and I want to make sure it is just that.