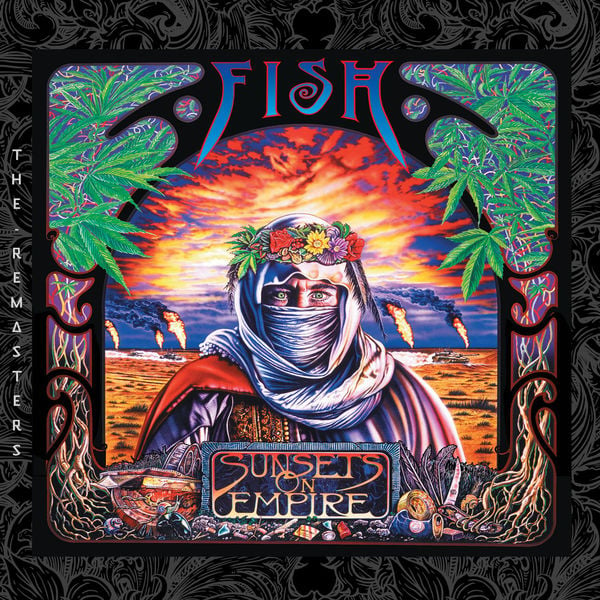 Sunsets on Empire is a studio album by Fish, the fourth with original material since he left Marillion in 1988. It was mostly written together with Steven Wilson of Porcupine Tree, who co-composed six of ten tracks on the original version (plus one bonus track on the Japanese and remastered edition) and also produced the album.

“Despite years in the wilderness spent nursing an unjustly unfashinable reputation, Fish has finally produced an album to be proud of. Mixing weighty Led Zep, Pink Floyd and Bowie-influenced moments with contemporary loops and samples, Sunsets is the charasmatic Scotsman’s most relevant work to date.” Channel 4

“The only fault with this album is that it is so good, so damned near perfect, that the next one cannot possibly be better. Melodic, progressive, call it what you will. I will call it excellent and one of the best albums of any type of music that you will hear this year. Make that this decade.” Feedback magazine

Sunsets on Empire – The Remastered Edition 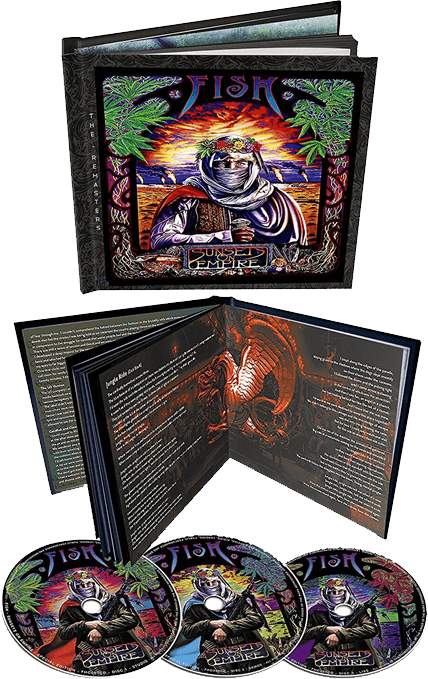 The remaster of Sunsets on Empire is the definitive version of Fish’s 5th studio album.

The 3 CDs are stowed in walletsalongside 48 pages of original illustrations, artwork and photos and approximately 9000 words of original sleeve notes.

“Sunsets co-written and produced by Steven Wilson, one of his first high profile gigs outside ‘No Man’ and ‘Porcupine Tree’… it’s safe to say he did a sterling job. The pairing of Fish’s candour and wordplay and Wilson’s rhythms and reveries merits critical rehabilitation.