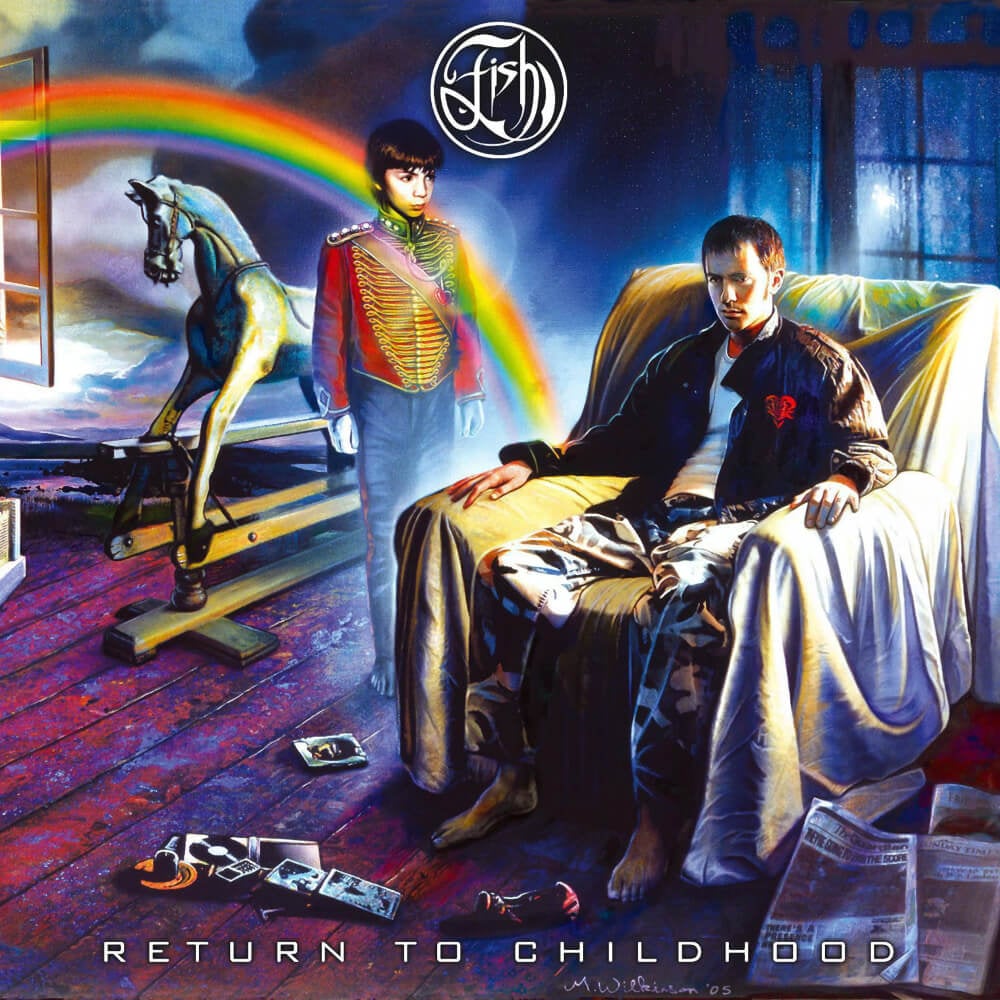 The live album Return to Childhood was recorded on Fish’s 2005 tour of the same name. The set, which was recorded in Tillburg, Holland in late 2005, is neatly split between two discs. Disc one focuses on Fish’s solo work, with most of the tracks coming from his more recent albums. Disc two is a complete performance of ‘Misplaced Childhood’ and an encore comprised of other Marillion hits.

If ever you are looking for perfection and superb vocals, just past your way. This is a Fish performance recorded in 2006. As such, some imperfections are inevitable but the big man is always captivating, so “audience-friendly”, such a great showman. Hat’s off, Mister Fish. I will always respect you. And the beautiful work you have brought to us. – ProgArchives

From the bristling and brooding Blind Curve with Fish declaring himself “wasted, I’ve never been so wasted”, to the contagious energy and optimism of White Feather, Fish is clearly in his element. You cannot deny that such passion is admirable. It’s been a strange journey, to be sure. But there is a lingering, sneaking suspicion that we have yet to hear Fish’s best work, but hopefully we won’t have to wait for another time, under different circumstances, to hear it. – Britsound

Mixed and mastered by Calum Malcolm