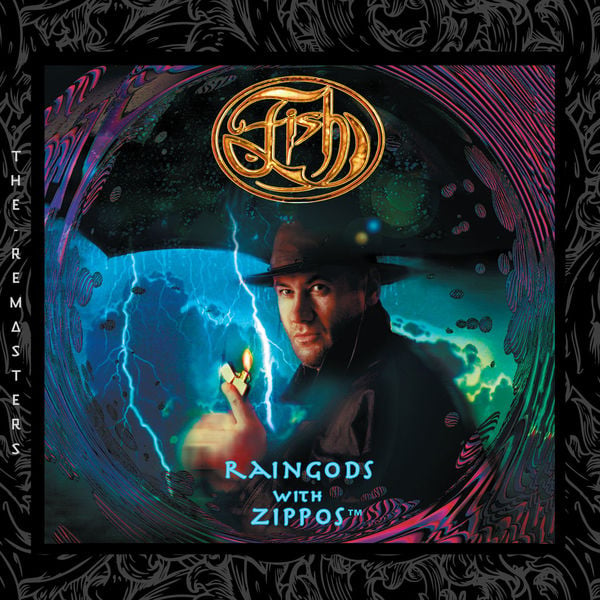 Raingods with Zippos is a 1999 progressive rock album by ex-Marillion vocalist Fish. It was released on the Roadrunner record label, more well-known for its heavy metal releases. Raingods with Zippos is often hailed as one of Fish’s greatest solo achievements along with his 1990 debut Vigil in a Wilderness of Mirrors.

It is the first of three Fish albums to be produced by Elliot Ness (not including the “best of” collection Kettle of Fish from 1998, with which Ness was involved). While he was not involved with the production of this album, Steven Wilson, most famous for his work with Porcupine Tree, played guitar on several of the tracks.

“You can’t brush him under the carpet and you can’t even hide the big bastard under the stairs! Absolutely bloody brilliant!” Front Magazine

Raingods with Zippos – The Remastered Edition

Originally released in 1998, Raingods with Zippos features a variety of co-writers from Mickey Simmonds and Elisabeth Troy, Rick Astley, plus others Fish met during a writing retreat at Miles Copeland’s Chateau Marouatte.

It includes the 25-minute epic fan-favourite Plague of Ghosts written with keyboard player Tony Turrell; delivering a dramatic and engaging suite of songs.

“Raingods with Zippos startlingly blending melody and mood with that flair for drama at which Fish excels. Fish possibly hasn’t been given due credit for his ambition and diverse sonic palettes.