“I was in ‘Padres Bay’ when suddenly I felt a child standing behind me on the stairs. I knew he was dressed as a soldier and vanished as soon as he entered the corner or my eye. Perhaps it was my muse; perhaps it was the drug. It was enough to propel me into reaming off a large scrawl of prose.” – Fish 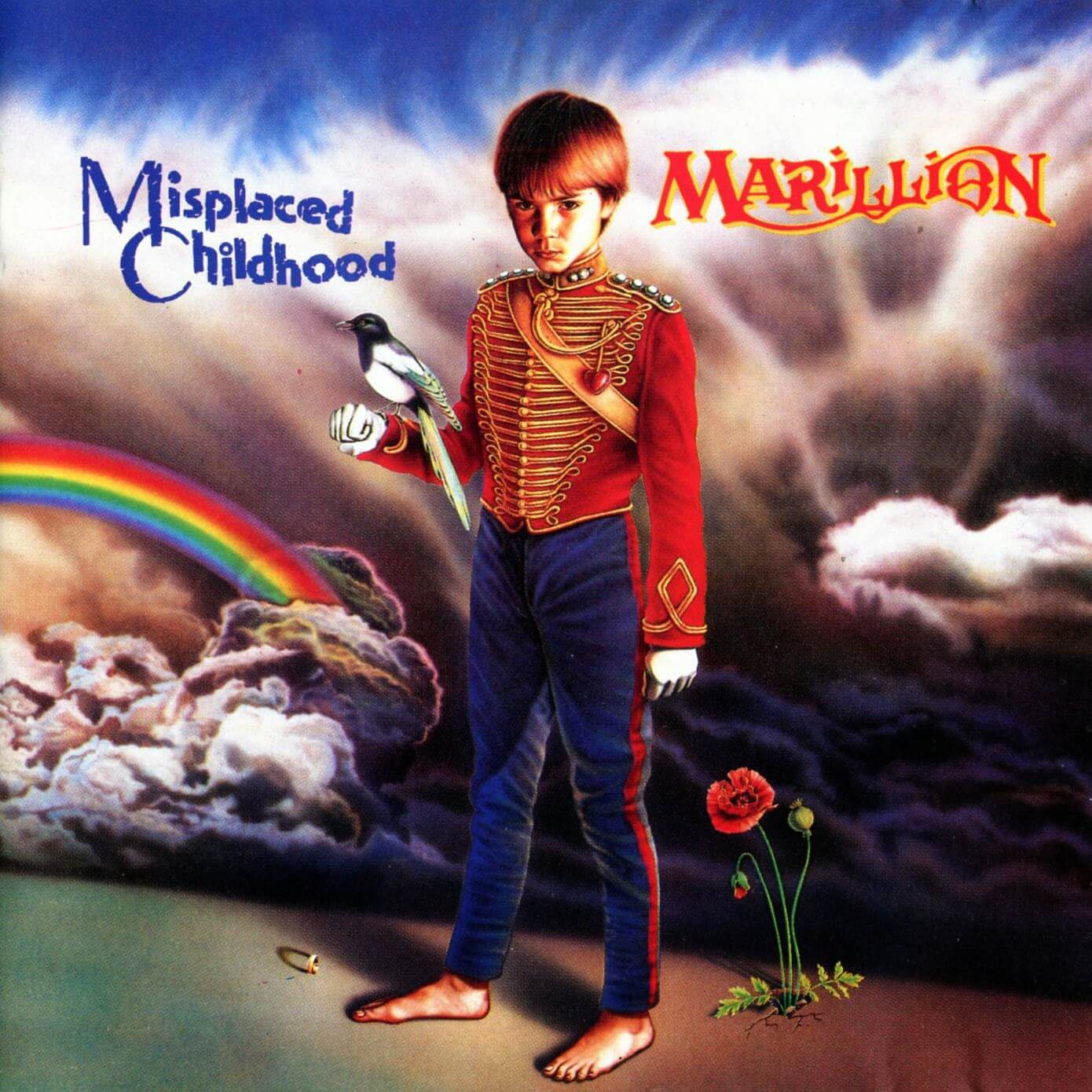 Misplaced Childhood is the third studio album by Marillion, released in 1985.

The album was recorded during the spring of 1985 at Hansa Tonstudio in Berlin and produced by Chris Kimsey, who had previously worked with the Rolling Stones. Misplaced Childhood was the group’s most commercially successful album of the Fish era, peaking immediately at number one in the UK charts and spending a total of 41 weeks on the chart.

It ultimately gained the Platinum status. It features Marillion’s two most successful singles, the guitar-led rock ballad “Kayleigh”, which reached number two in the UK, and piano-led “Lavender”, which peaked at number five.