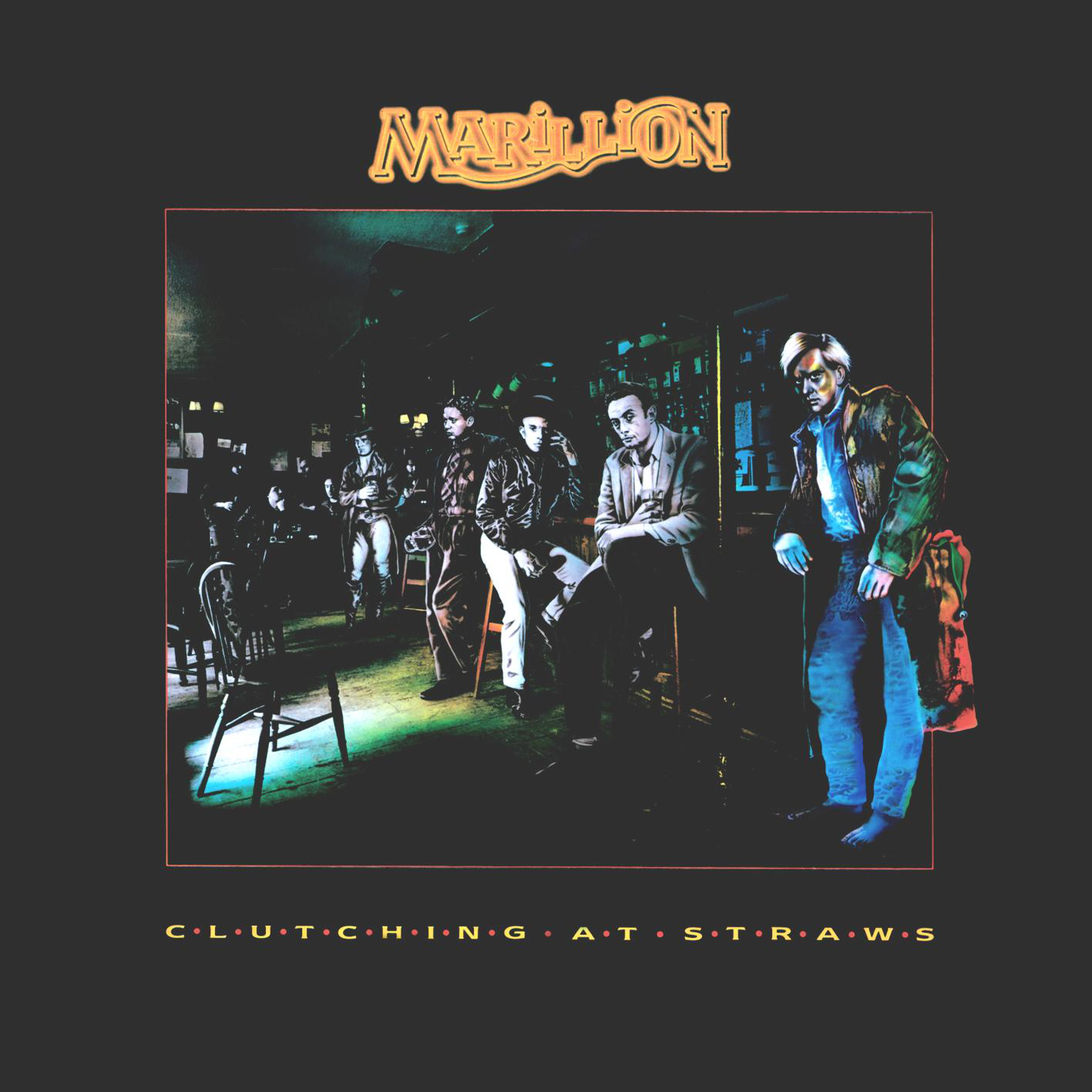 Clutching at Straws is the fourth studio album by Marillion, released in 1987. It was the last album with Fish, who left the band in 1988.

Although Clutching at Straws did not achieve the sales of its predecessor (the number one album Misplaced Childhood), spending 15 weeks on the UK album chart (the shortest chart residency of any of Marillion’s first four studio albums), it was still an immediate commercial success, becoming the second highest charting Marillion album by entering the chart at number two. It produced three UK Top 40 singles: “Incommunicado”, “Sugar Mice” and “Warm Wet Circles”.

The album has received critical acclaim. It was listed in Q magazine’s “50 Best Recordings of the Year”, it has been described by AllMusic as a “masterpiece”, and Rolling Stone placed it at number 37 in its countdown of the “50 Greatest Prog Rock Albums of All Time”.

In 1999, a 2-CD ‘Remastered Version’ with additional B-sides and demos was released, including detailed liner notes from all of the original members including Fish.

The character of Torch (supposedly a descendant of the Jester from earlier album sleeves) is a 29-year-old out-of-work man whose life is a mess. He seeks comfort mostly in alcohol to numb himself. He is trying, but failing, to forget what lies at his feet—a failed marriage, being a deadbeat father, and his lack of commercial success as a singer in a band. As he gets drunk, he also writes about his surroundings and his laments. Since Torch has no other real outlet at his disposal, he ends up in bars, hotel rooms, and on the road, screaming and drunk, thus, he is described as beyond redemption or hope.