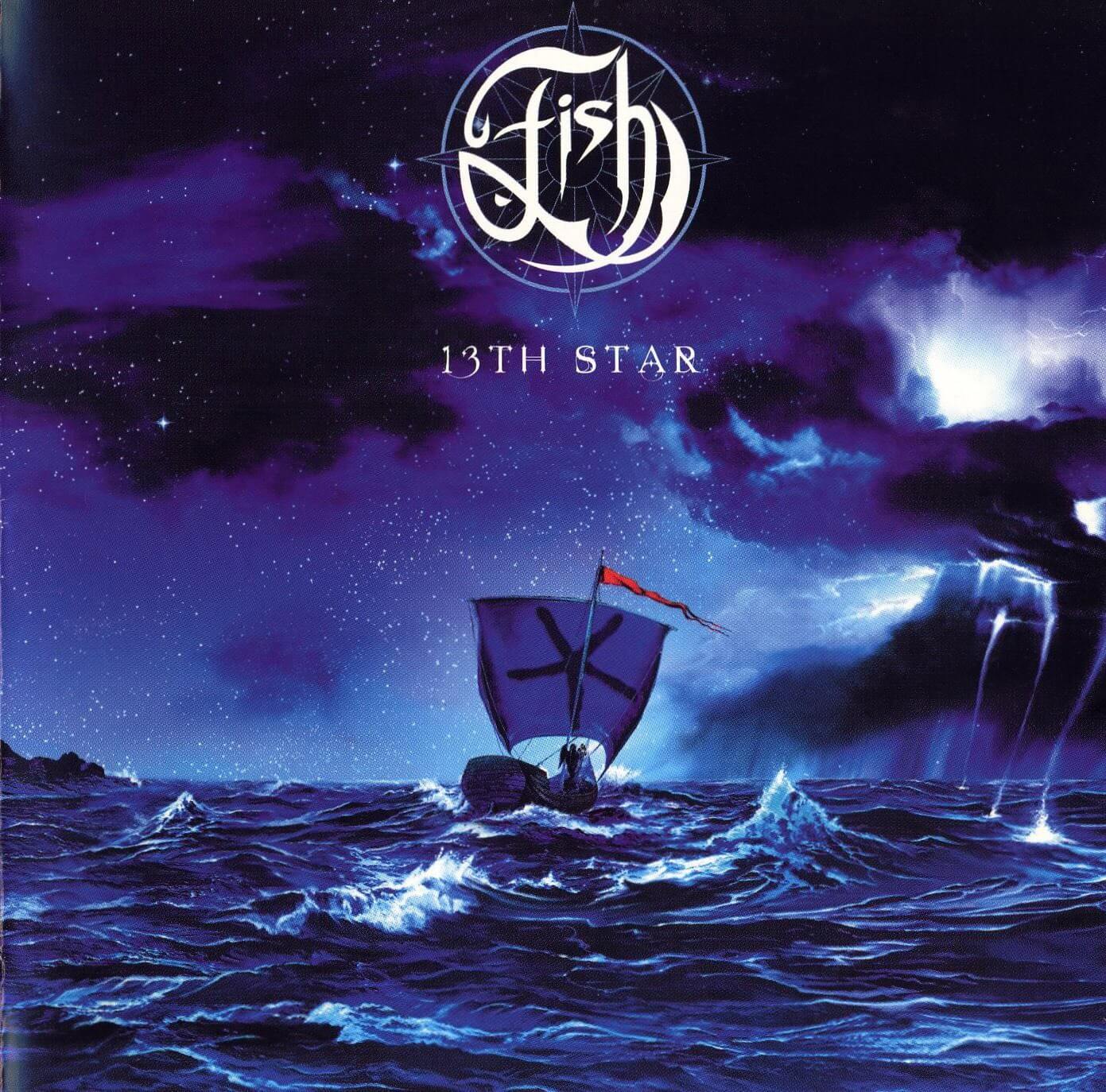 A muscular work of ambitious musical construction, the album’s lyrical concept of self-discovery is shaped by romantic loss and Fish’s signature allegorical worldview. ’13th Star’ benefits from Frank Usher and Chris Johnson’s soaring, transcendent fretwork, and a dense instrumental soundtrack built from blocks of progressive rock and British folk and jazz, with symphonic flourishes. As always, though, it’s Fish’s rich, warm voice and unique vision up front, and you either buy into it or you don’t… either way, it’s a hell of a ride. Blurt magazine, July 2008

Riveting, humble, amusing, focused, playful, insightful… all of the things that are increasingly difficult to find in so-called “cutting edge” artists of the day – including those who label themselves as “N.Y.C. bands” in a desperate attempt to market themselves based on what N.Y.C. artists used to be. In the land of skyrocketing real-estate, Starbucks, relaxing 1pm brunch and fat paychecks, what does N.Y.C. know about “edge” anymore? Funny that it takes a veteran Scottish musician to remind us. Our plight plays out like a classic Fish lyric. Sea Of Tranquility (Steve Fleck), July 2008

During writing stage:
Engineered by Steve Vantsis
Additional keyboard ideas on ‘Circle Line’ and ‘Arc of the Curve’ by Max Hunt

The Summer of 2007 saw Fish return to the recording studio after nearly 2 years on the road promoting his album ‘Field of Crows’. Fish’s main co writer on ’13th Star” would be Steve Vantsis who after 10 years as bass player in Fish’s band elected to get involved in the creative process for the first time. Steve brought something very different to the sessions and despite a lack of experience in song writing both he and Fish gelled well in the studio and his technical knowledge was a major contribution to the album. In the early part of the year Fish had a number of half finished lyrics but most of these would be rethought as events in his personal life overwhelmed him in the early part of the Summer just as recording was scheduled to begin.

A tempestuous relationship which had struggled for over 2 years finally disintegrated, the lady in question walking out days before the album recording sessions began and 2 months before they were due to be married with all the wedding arrangements in place. This had a devastating effect on Fish and propelled his lyrics into a completely different theme, the focus being on heartbreak and betrayal as he attempted to come to terms with his situation. The lyrics were effectively rewritten and Fish was struggling to stay apace with the recording sessions which were forging ahead with Calum Malcolm as producer at the helm and working to deadlines. As Steve and Calum recorded in the studio control room Fish scribbled away in the greenhouse bringing in his contributions to complete the songs as the sessions moved forward. It was a patchwork process but it somehow proved very effective with Fish relying heavily on Steve and his producer to hold it together while he combated his personal issues and concentrated on his own commitment to the album.

The end result is sometimes heart wrenching and the emotions can easily be heard in Fish’s vocals with the album a catharsis as he comes to terms with the failed relationship in public and goes on a journey of self discovery. It contains some of his most open lyrics and his creative partnership with Steve Vantsis provided one of his finest albums to date.

The album was the 13th in his career and the title also alluded to there being 12 women in his life who had taken important roles and that he was still in search of the one that he was always meant to be with.

The symbol on the cover he discovered while on a trip to Egypt where he noticed the stars painted on the ceilings of many of the ancient tombs that he visited. 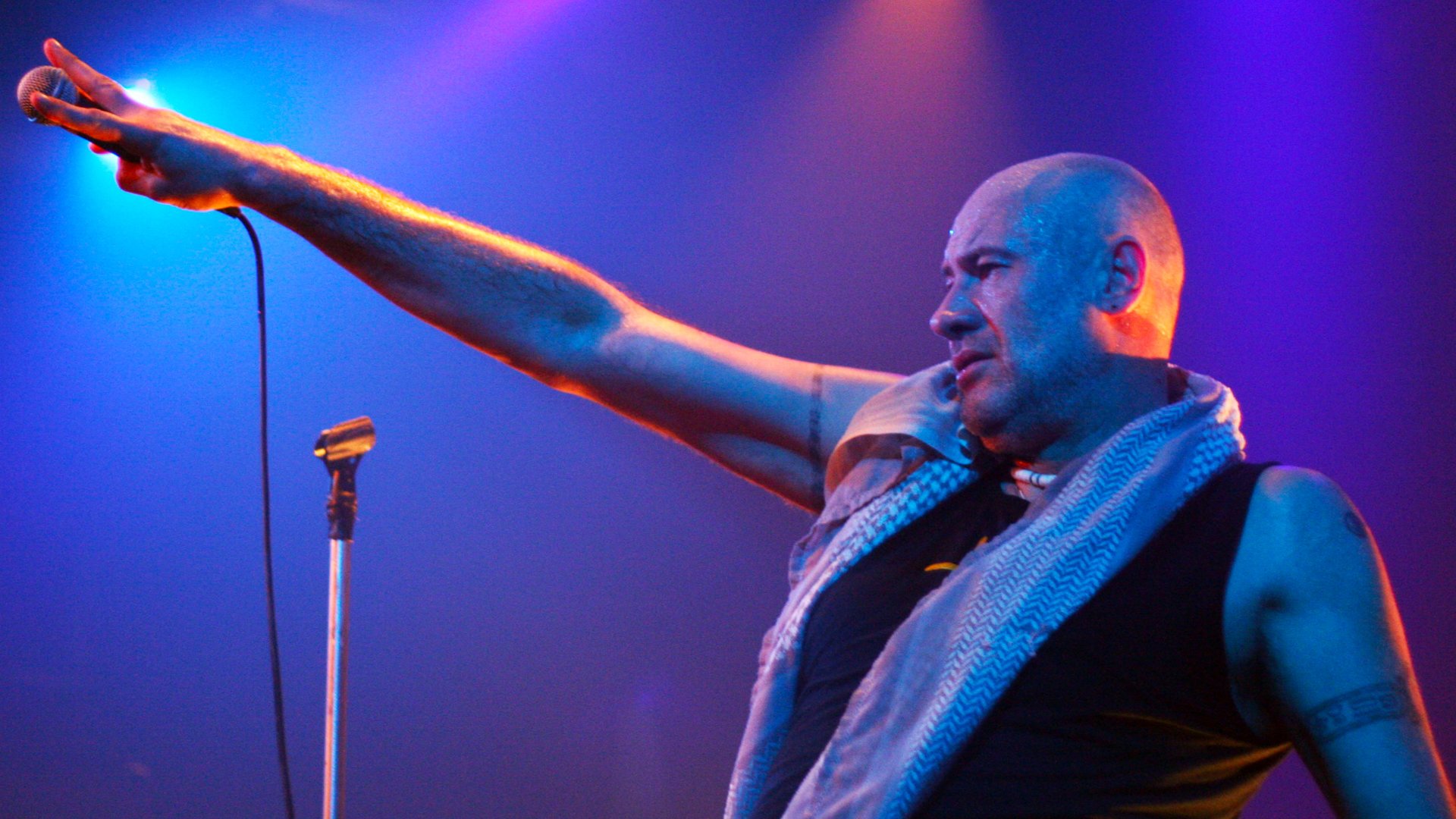 ‘Zoe 25’ was originally called ‘Micklegate’, a place in York where he proposed marriage on Valentines Day 2007. It was changed to the name of a ‘Page 3’ model featured in a tabloid newspaper whose photo had been on the studio control room wall during the ‘Fellini Days’ recording sessions in 2001 after bemusing American guitarist John Wesley who couldn’t believe the UK allowed topless models in daily newspapers. The photos were traditionally tagged with the models first name and her age. During the ’13th Star’ sessions Zoe was again featured but this time she was 6 years older and the tag inspired the new title for the lyric which was about a fantasy relationship between 2 complete strangers in London. ‘Zoe 25 was the second single from ’13th Star’ and released in October 2008, with ‘Arc of the Curve’ the first release in March of the same year. Disappointingly neither made the charts after receiving minimal radio plays. Fish was introduced to Zoe around the release of the single and she was asked to play the role of the female character in the proposed video that was shelved after the single stalled. She loved the song and was touched by the reference. She is now a well known professional photographer in London.

‘Manchmal’ is the German word meaning ‘sometimes’ and the lyric was again inspired by the Egyptian trip where Fish heard the fable about the turtle and the scorpion with the subject matter of trust and betrayal.

‘Openwater’ is a rare song writing contribution from long standing guitarist Frank Usher with ‘Just Good Friends’ from ‘Internal Exile’ probably his best known previous co write with Fish. ‘Openwater’ was featured in the opening sequence of the film ‘Electric Man’ where Fish had the role of the evil ‘Uncle Jimmy’. The film was directed by David Barras who also made the video for ‘Blind to the Beautiful’.

The lyric to ‘Dark Star’ was originally conceived in the Lake District after one of many reconciliations with his then girlfriend but only the chorus was retained with the main body of the lyrics written about the day she walked out. She had an obsession with faeries and the garden had a small collection of plaster figurines hidden in the undergrowth. Fish vented his anger by throwing them all into a nearby wasteland and captured the events in the opening section of the song which was probably the most venomous on the album.

The inside cover of the ‘Arc of the Curve’ single shows Fish holding a bunch of burning roses. The roses in question were a bouquet given to his then fiancée on the day he proposed. They had been hanging, forgotten on the beams of his studio throughout the recording and he only noticed them during the vocal performances of the title track at the end of the sessions. He decided to incorporate them into the artwork of the first release and with a practice run on some dried out flowers from his local supermarket he lit the bouquet up with some lighter fluid and bemused local photographer Tony Marsh caught the moment to provide a startling and provocative image. 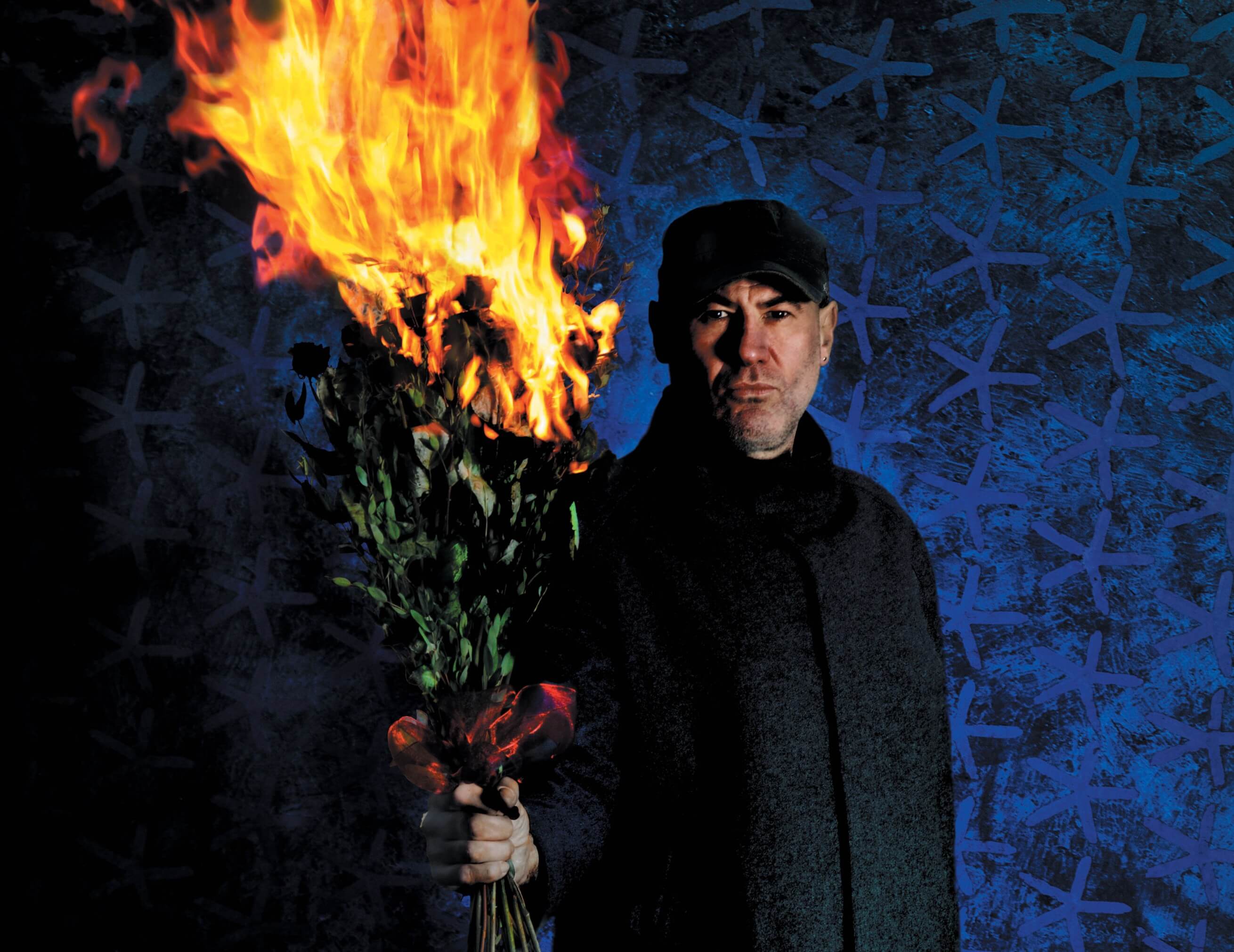 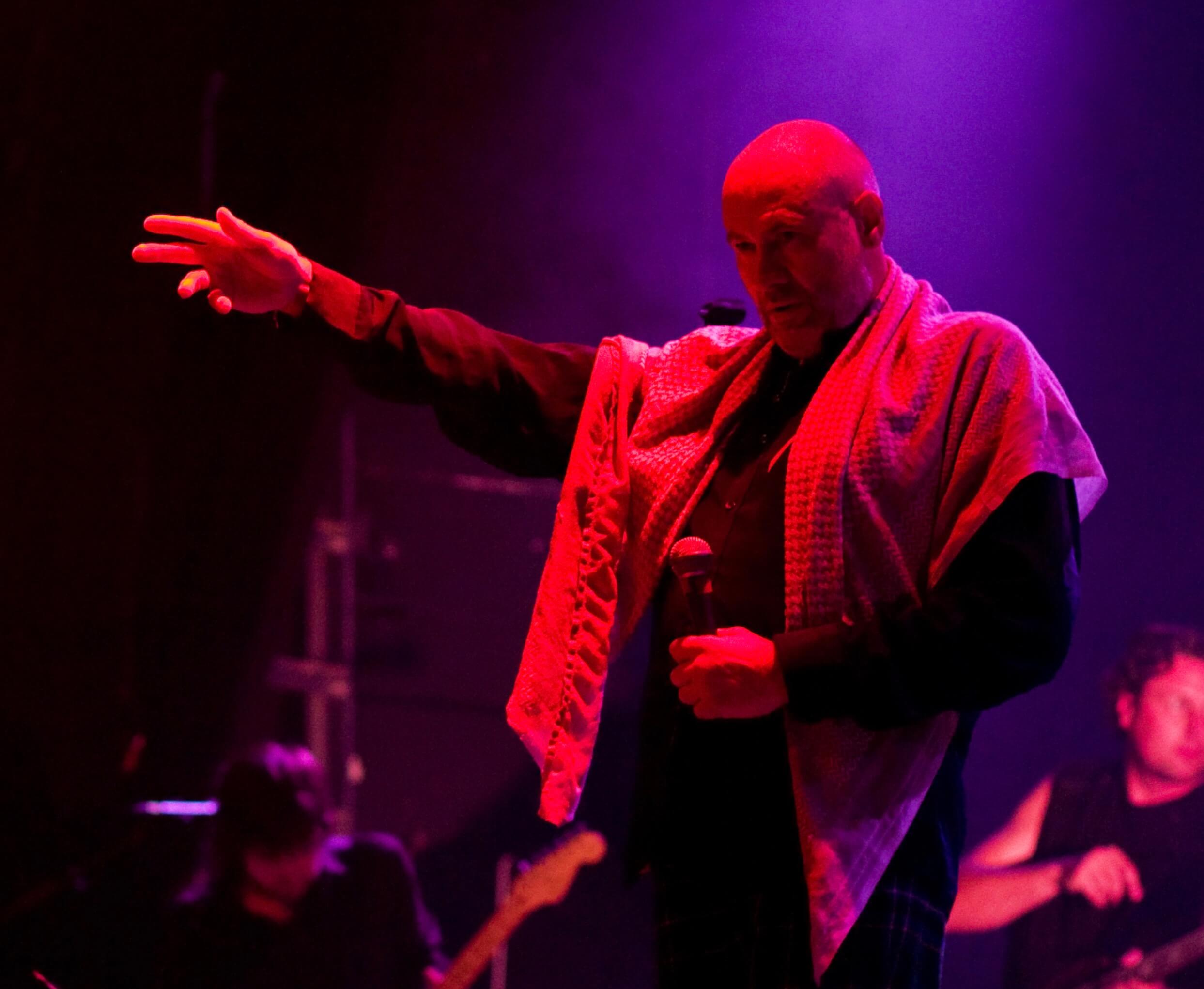 ‘Milos de Besos’ is Spanish for ‘thousands of kisses’ and was about a girl Fish had met in Chile in May 2005 when playing Santiago. It was a passionate and doomed affair with the girl unable to leave Chile and Fish caught up in his own family and career commitments. After months of communications they faced the inevitable conclusion that it would never happen. She had been trying to teach him Spanish and the first phrase he learned was ‘Miles de Besos’. This was the only song on the album that didn’t involve Steve Vantsis and was written with returning keyboard player Foss Paterson.

The album was released on mail order on the 6th September 2007 and to retail on the Tuesday 12th April 2008 the closest date he could get to Valentines Day ( Monday was a holiday). The catalogue number of the deluxe edition which contains a bonus DVD featuring the ‘making of’ documentary is CF140207.

Fish is well known for facing up to adversity and dealing with major set backs in his life and none more so than when with the arrangements all in place and a marquee booked for the garden he turned the now cancelled wedding into an infamous album launch party with the bought and paid for cake given to Frank Usher for his birthday that happened to fall on the same day. He now looks back on the events of 2007 with a wry smile as in what seemed dark, desperate and despondent times he still managed to hold it all together and conjure one of his finest albums to date and get himself back on course with major plaudits.