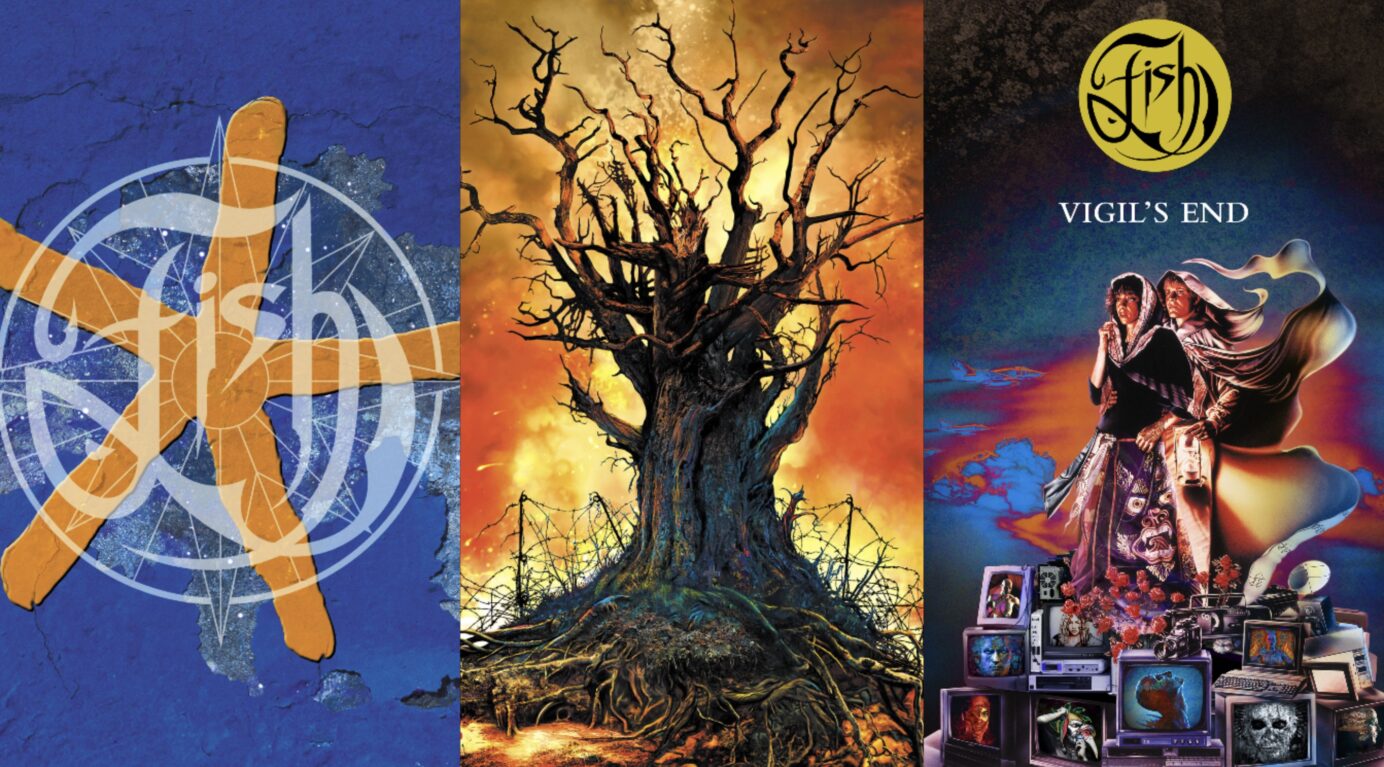 2022 was always going to be a tough call. With the accumulated obstacles presented by Covid, compounded with the new touring regulations created by Brexit, all dressed in uncertainty, any form of touring activities were going to be a very difficult and potentially expensive undertaking.

I made the decision last year not to book any shows in 2022 and to hold off my ‘Farewell Tour’ until 2023 when hopefully the live music industry has regained its balance and both artists and audience can perform, and attend shows with confidence.

With no touring on the immediate horizon I have to rethink what I am doing and have to focus on projects that can carry me through this year, maintain some sort of profile and keep me occupied on the music front as well as earn a living.

To further complicate matters the manufacturing side of the music industry is in turmoil with a severe lack of capacity at plants still trying to catch up on projects stalled during lockdowns. Shortages of materials further down the supply chains and continuing problems with illness and staff shortages have meant that vinyl albums and deluxe CD versions can take up to 10 months for delivery. This requires careful planning and thinking to schedule releases and a complete reappraisal of how we deal with the creation and delivery of assets to the manufacturers.

I’ve had long discussions with both Steve Vantsis and Calum Malcolm and projects that were loosely coming together are being brought into line. We are now focusing on a release and delivery schedule that can provide us with ‘stepping stones’ through 2022 and into 2023. 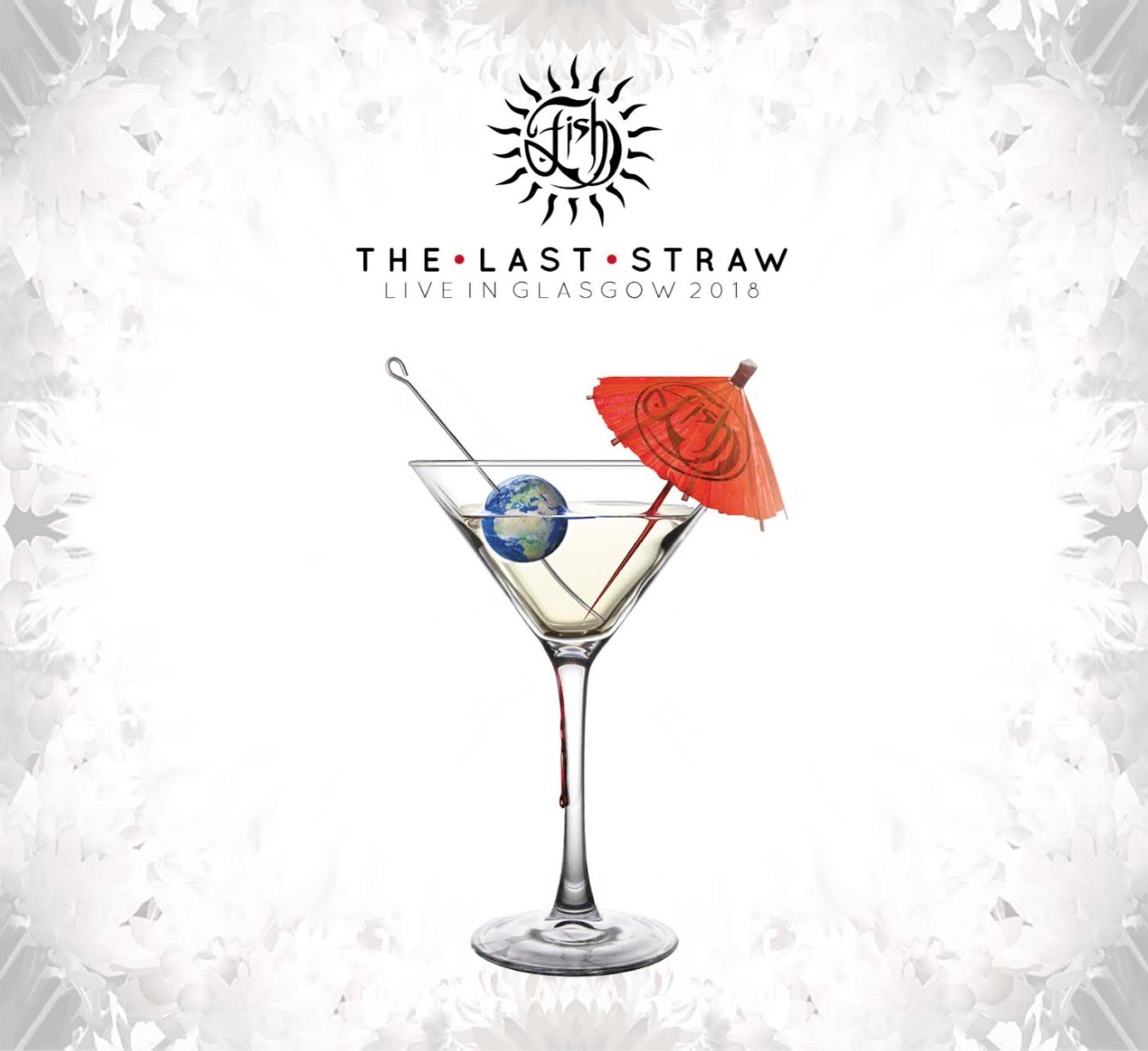 The first of the new releases is ‘The Last Straw’ live in Glasgow 2018 available now! Order here.

This highly anticipated album has been in the manufacturing pipeline for over 4 months, but it’s been worth the wait. I personally consider it the best of my solo live albums so far and Steve Vantsis has done a brilliant piece of work on the production and the sleeve design.

‘The Last Straw’ is a wonderful reminder from a brilliant tour that was acclaimed at the time as being one of the finest yet. To capture the magic on this final gig at The Glasgow O2 Academy in front of a sold-out audience made it even more special.

With ‘The Last Straw’ album now released Steve, Calum and I are about to start working on putting together the next live album, ‘Vigils End’. 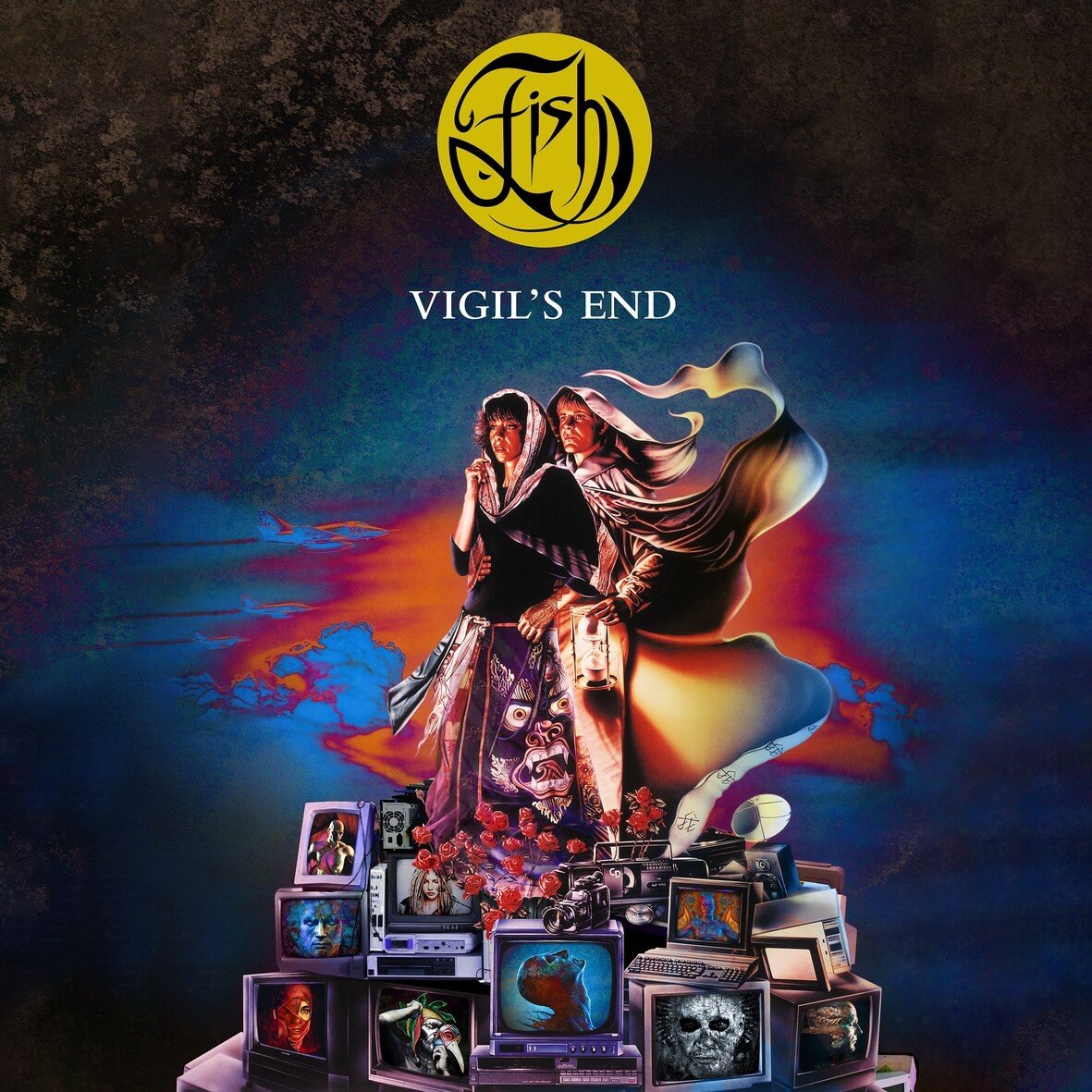 We currently have a delivery time of over 3 months on this title and with that in mind we are looking at a release in June 2022.

‘Vigils End’ will be in the same format as ‘The Last Straw’ in a hardback book but with 2 CD’s featuring the live show from Leamington and a Blu Ray disc.

The Blu Ray will have the entire Leamington show as seen on the Global Broadcast in December 2021 but it will be in 4HD with a Dolby Atmos mix created by Avril Mackintosh and Andy Bradfield.

Other additions proposed on the disc will include an hour of filmed extras from backstage at Leamington ,a revamped audio version of the show from ‘The Lemon Tree’ in March 2020 which was the first of the ‘Vigil’ album setlists, and we are looking at a full setlist compilation of multitrack audio of songs taken from the other 6 shows. All that together with a current interview with myself on the November tour makes for quite a full Blu Ray. That is the plan. 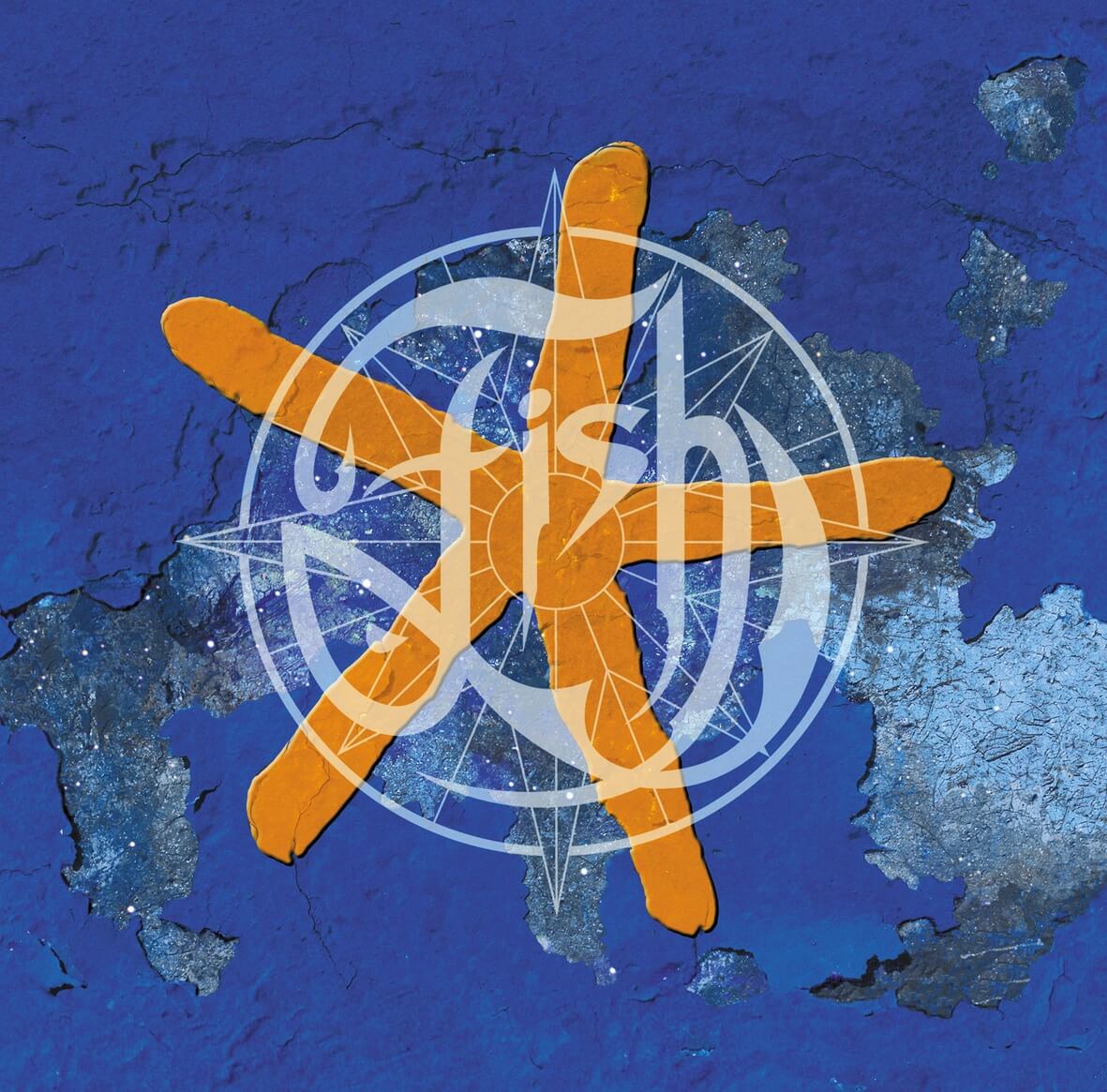 Some of you may already have heard tracks from the 2021 remixed version of ‘13th Star’ on ‘Fish on Friday’ and know how special this new version from Calum Malcolm sounds even down an iPhone feed. It sounds like a completely different album with so much more ‘oommphh’ value.

As you realise we have been sitting on this for a while and were waiting on the vinyl delivery schedule which I was told last week is now expected in late November.

The deluxe version is also going to be a lengthy wait but at 7 months we are looking at a September release depending on the artwork schedule we have to follow.

It’s a big project with a book and slipcase similar to ‘Weltschmerz’, see here. Steve is designing the sleeve and booklet using Mark Wilkinson’s artwork and I have some major work to put in on the sleeve notes and photo collections.

We are still compiling the audio but the 3 CD’s will have the Calum Malcolm remix of the album , disc 1, a collection of demos and acoustics on disc 2 with the third CD a collection of live material.

There will also be a Blu Ray disc with a Dolby Atmos mix of the remixed album created by Avril Mackintosh and Andy Bradfield, all the original interviews from the bonus disc on the 2007 release, a recently filmed interview with myself and others (which at last viewing was over 90 minutes), the entire remastered concert from Nearfest USA 2008 and some other video material we are currently sifting through and processing.

The ‘13th Star’ vinyl box set consists of 3 x 180g vinyl discs and a 40 page book in a 12” cardboard box similar to the ‘Warner’s Marillion’ releases.

Sides 1,2 and 3 are the original album remixed by Calum Malcolm and mastered at half speed by Barry Grint at Alchemy Mastering. The other 3 sides have live versions of ‘13th Star’ songs played at Nearfest, acoustic Versions from a rare BBC broadcast and St Mary’s church in Haddington, all mastered by Calum Malcolm and for vinyl by Barry Grint at Alchemy. 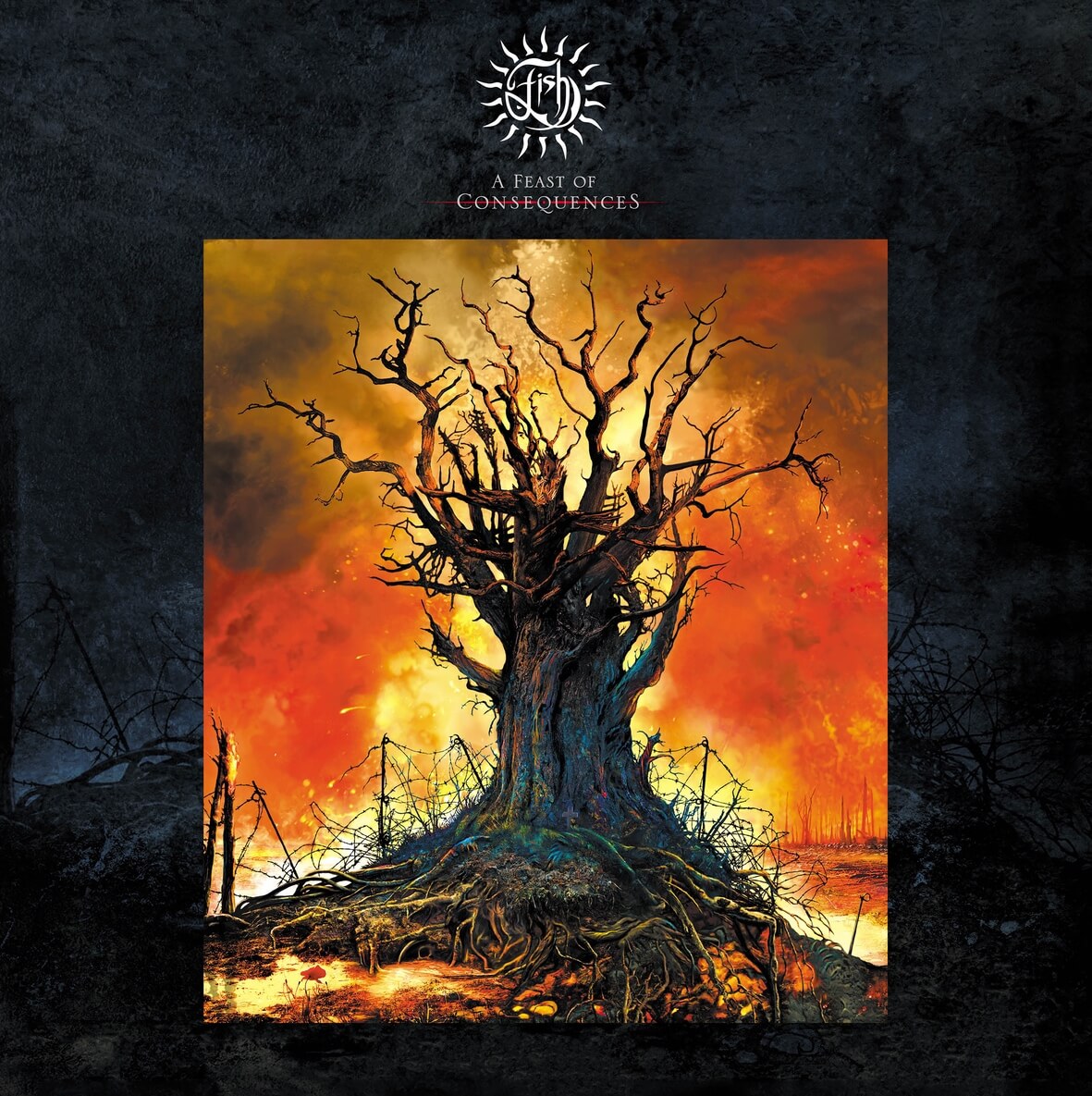 After selling out of vinyl stock of ‘Feast’ back in 2020 I decided to go for a revamp on this title. Calum Malcolm has remastered the original album giving the songs more energy and size and Barry Grint at Alchemy Studios will be mastering for vinyl at half speed to provide even more quality to the vinyl sound.

The other 3 sides of the 3 180g discs are taken up with live versions of all the songs on ‘Feast of Consequences’ taken from ‘The Moveable Feast’ live CD and other shows.

As with ‘13th Star’ it comes in a 12” cardboard box with printed inner sleeves and a 40 page booklet.

The vinyl box sets won’t be available for pre order until the Autumn and won’t be released until November 2022.  Both titles will be limited editions.

‘Vigil in a Wilderness of Mirrors’ and Internal Exile’ remasters

Although we will be working on both these projects in the coming months and preparing all the assets for production I have decided to push these releases back until February 2023.

To hit this release I will have to have the vinyl masters prepared for May and the deluxe versions with cd’s and Blu Rays by July. There’s a hell of a lot to be done.

As you can imagine it’s a lot of time and energy juggling and keeping your eye on the office calendar.

Every project feeds the next and keeps everything rolling. I can only take on so many at any one time for both logistical and financial reasons and I’m fully aware of the challenging times we all live in.  I think this plan has balance and I hope it gains the support of the fanbase as I manoeuvre through another tricky year.

I’m feeling positive and I’m also excited at putting this all together with Steve and Calum. There may be no opportunities on tour this year, but we can find new ones closer to home.

Thanks for being out there and for all your support