Watch the new video for 'This Party's Over' 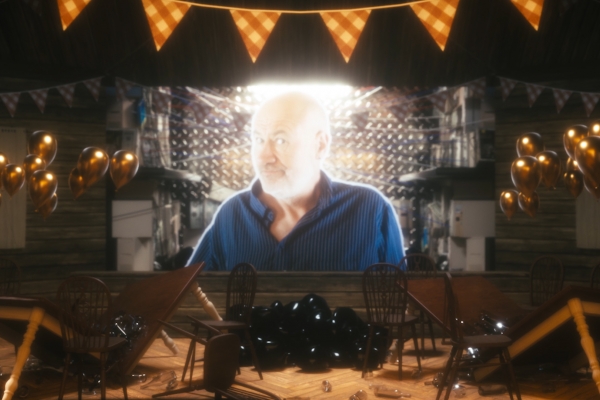 11 September 2020
FISH has released his brand new single ‘This Party’s Over’, the latest song to be taken from his highly anticipated final solo album Weltschmerz, which will be released on September 25th. ‘This Party’s Over’ is an honest and reflective song from Fish, which as he explains was inspired by, “when I started to become concerned about my drinking”. Having long been a renowned bon vivant, but in recent years changed his habits, the song mirrors this transformation with upbeat folk-infused rock focusing on the positives of change. The captivating video finds Fish performing the song, wine glass in hand, as animations come to life around him reflecting the lyrics of the track. The single is taken from the brand new double album Weltschmerz, marking Fish’s final studio recording. It is an extraordinary piece of work that brings down the curtain on the Scotsman’s hugely successful musical career. “These songs are autobiographical,” explains Fish, “I’m involved in all of them and I didn’t realise that until I sang them in the studio. There’s a lot of self-examination going on here, and I learned a great deal about myself in the making of this album.”