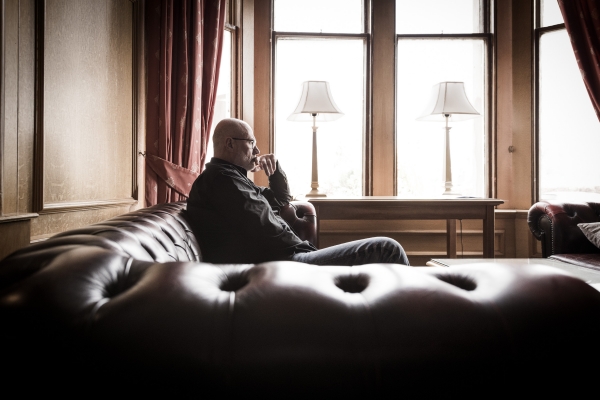 Well a lot of hard thinking after long talks with various advisers has led me to making an executive decision to move the European tour from April/May to the end of the year when I’ll be going out now in October/ November.

By that time hopefully we will all know more about the effects of Brexit and things will hopefully have calmed down a bit and I will have had a chance to make the nescessary adjustments to accomodate those changes.

In short I considered it too risky to set off on a nightliner tour with far too many questions to which no one seems to have any answers. At this time in my career and approaching retirement from the music business at the end of 2021 to take a gamble on 6 weeks of European touring did not make any sense and I reluctantly decided to postpone the shows.

It’s akin to being in a small boat in a harbour. the barometer ringing changes, a dark cloud is hovering on the horizon and I’m waiting on life jackets to be delivered. I don’t need to sail just now and the fish will always be in the ocean.

Nightliner touring, although mostly backed by guarantees from promoters, pays off when costs are met and percentage breaks on sales together with merch income brings in the dividends.

I’ve been out in a recession before and taken massive hits that nearly cost me my house in the 90’s. The signs are that a recession is looming,not only in the UK but across Europe which always means lower ticket and merch sales as people have more important financial concerns to deal with.

Packed together with the new bureaucracy we have to endure and it’s a far safer and smarter option to stay in port and wait out the storm.It may not arrive.and it may not be as high a category as is projected but I’m not taking chances.

The UK tour will go ahead as planned in March and I’ll be taking on open airs and festivals in the summer where I am not reliant on percentages and have firm guarantees but a nightliner tour is too risky at this juncture in my life.

The extra time means I can plan accordingly whether it means manufacturing in Europe, setting up a German company to deal with touring and album production and dealing with the overall fallout of Brexit which once again looks like moving.

I know this will be disappointing for European fans and it’s been tough declaring the new plans to my band and crew who were expecting to be working in that period. However bottom line is that it’s only being moved by a few months and the preparation that’s required will all hopefully be in place to make it as smooth a run as possible given the circumstances.

‘Weltschmerz’ is still on line and the writing is progressing. Last week we had some fans in the studio who had bought into the ‘Neighbours’ film that was shooting in the #funnyfarmkitchengarden orchard and being invited into the control room to hear the songs so far was part of the package.

Steve and I were nervous as the songs are in advanced demo form and it was the first time they had been heard by ‘outsiders’. Their reaction was incredibly positive and it’s really buoyed us as we move into the next writing instalment in the coming months. I’ll admit that moving the European tour has given us some more headspace and freedom especially on the manufacturing side but the album is coming together as we had intended and we can see the overall ‘shape’ of the project now. I’m more than happy that we are in the right direction and that what we set out to do is being acheived.

The ‘Vigil’ and Internal Exile’ remasters as well as the live album from the ‘Clutching’ tour can be put back to early next year as I now have some extra time to put them together. I am still waiting on the license from Warner’s to release ‘Vigil’ and that has thrown a bit of a spanner in the scheduling as I want that and ‘Internal’ released simultaneously.

There are silver linings to be found and I remain positive despite this glitch in the plans for my end game. The time gained will be well used and I think this disappointment will be forgotten in the grand scheme of things.

This is the right move during wrong times.